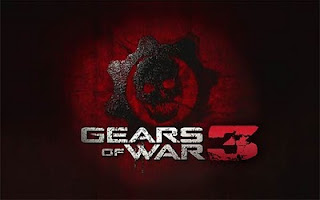 A gamer at heart, I thought I'd review the new monkey wrench in my creativity. First off, I'm a huge Gears fan and been waiting for this final installment for years. It is everything I have been waiting for. Blood, guts, guns, war and more blood all rolled into a beautiful package.

For any fan of the first 2 games, the 3rd installment is easily the best. Better story, better battle scenes, better graphics. For non fans, this 3rd chapter probably won't change your mind in becoming a fan. It's only drawback is that it is more of the same. Yes, it's on a grander scale but it's still just grunt, grind and move on. (not that thats a bad thing!) The story ends satisfyingly enough and left me wanting another few chapters in the series. I won't post any spoilers though (I hate that!)

Now to finish another round of multiplayer deathmatch before I write that award winning novel...