The new Red Hot Chili Peppers album "I'M WITH YOU" just came out. I'm a long time fan. So here goes my review. 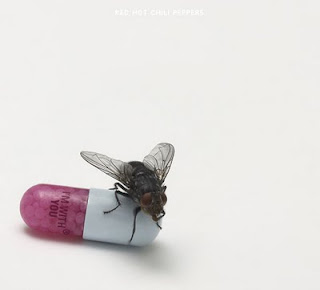 It's been awhile since their last album. I hadn't realized how much I missed their funky sounds. That being said...I'm a little disappointed in their new album. It has a vibe that says "BEEN THERE, DONE THAT." Now there's nothing wrong with sticking to familiar territory but this is the Peppers. One of the most influential bands in 20 years. So many younger bands have tried to be the "next Chili Peppers" and failed miserably. So when this many years (6) have passed without any new music, it should be better than "middle of the road."
Now don't get me wrong...there are some bright spots on the new album. "Brendan's Death Song, Rain Dance Maggie..."are a couple stand outs. BUT I felt like at the end of each track I wanted more. Middle of the road just isn't good enough when it comes to a band I respect and cherish.
I think I'M WITH YOU the album will grow on me (AT LEAST I HOPE SO...). I hope to use it to write a future chapter in a story that hasn't been born yet...we shall see...M.D.
Posted by Madison Daniel at 9:24 AM